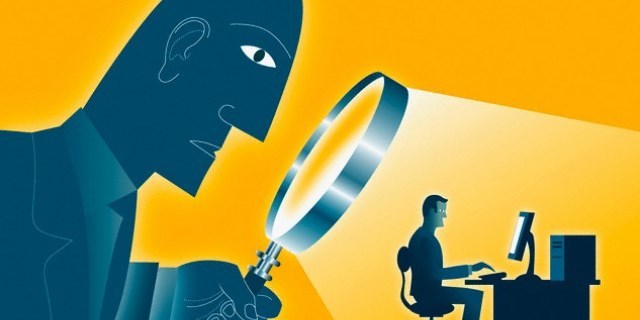 Recently, privacy has become a hot topic after the whistleblower, Snowden, revealed a clandestine electronic surveillance program by the NSA. Since then, there was a marked increase in interest in privacy related technologies. Still, a survey showed that most Americans are fine with what the NSA is doing.

Unfortunately, from this survey, it shows that a lot of people don’t understand why privacy is important. Some don’t even care about their own privacy. Even former CEO of Google, Eric Schmidt, showed his lack of understanding when he made this surprisingly ill-informed commented,

If you have something that you don’t want anyone to know, maybe you shouldn’t be doing it in the first place.

This is a popular thinking that is, in my opinion, dangerous and wrong. For someone of his stature to make such a careless comment is bewildering. It goes to show that even someone like him has not thought through properly the critical importance of privacy.

If Mr Schmidt really has nothing to hide, how about telling me his Internet banking password? This question is a very good test for those who think that privacy is not important. Almost everyone will baulk at such a request because privacy is important to him/her.

It is my hope that this article will help people understand the importance of privacy and not be so complacent at what our government is doing to us. Here are the reasons why you still need privacy even though you believe that you are absolutely clean and has nothing to hide:

Many people believe that if you have done nothing wrong, then you don’t need to worry about privacy. This thinking assumes that there are no malicious and evil people in the world (a very naive assumption, in my opinion). It trusts that present and future institutions, corporations, businesses, governments and people within these entities will always be benevolent and incorruptible. Privacy is important because it protects us from people, institutions, businesses and governments who have less than honourable intentions for us.

Some may argue that they trust the institutions, corporations and governments that they deal with today. I have three counter-arguments against that

Can they guarantee that these entities can be trusted in the future, for example, when the current cohort of people running them is long gone (e.g. retired, replaced or supplanted)? Remember, electronic information lingers indefinitely in cyberspace. The bits and pieces of information that we regularly haemorrhage is for all intents and purposes, indelible. Obviously, that means that entities will have access to that information in the future. To illustrate this point further, consider what happened in ,

Of the 140,000 Jews that had lived in the Netherlands prior to 1940, only 30,000 survived the war. This high death toll had a number of reasons. One was the excellent state of Dutch civil records: the Dutch state, prior to the war, had recorded substantial information on every Dutch national. This allowed the Nazi regime to easily determine who was Jewish (whether fully or partly of Jewish ancestry) simply by accessing the data.

Can they guarantee that no rogue elements will ever exist within these entities? For example, organised crime has already infiltrated parts of the Mexican government. Or in China, corrupt officials are reported to have worked in cahoots with untrustworthy elements of society. Recently, Google had to fire an employee for breaching the privacy of a teenager. Nowadays, companies outsource their call-centre operations to countries where wages are relatively much lower. Many of these call-centre operators have access to personal (and even private) information every day. Who can guarantee that criminals will not eventually target these operators and persuade them to turn rogue, given that their relatively low wages leave them with too much to be desired?

Even if you can trust that these entities will always behave ethically, can you trust them not to be careless with your personal and private information? Consider what happened in Australia,

The personal details of millions of Vodafone customers, including their names, home addresses, driver’s licence numbers and credit card details, have been publicly available on the internet in what is being described as an ”unbelievable” lapse in security by the mobile phone giant.

You can be assured that criminals (and perhaps even foreign governments) are constantly in the lookout to find ways to steal information from corporations and institutions. Therefore, the more personal and private information that you deposit into the hands of third-party entities, the greater the risk you are exposing yourself to.

You may have nothing to hide from good and honourable people and entities, but you certainly have much to hide from those who are evil, malicious and dishonourable.

Without the protection of privacy, your chances of being suspected, misunderstood, judged incorrectly and treated unfairly increases substantially.

A person is far more complex than the bits and pieces of information that describes him/her. Even if the government have all the information about you, it can never really know you. The reason is that bits and pieces of information about you often lack context. Sometimes the context resides inside your mind, in which no one can reach. Without privacy, you will almost certainly be pigeon-holed, put in a box, misunderstood or misrepresented. To help you understand this, let’s consider some examples.

In the hands of a very clever schemer, your private information can be easily misconstrued and twisted out of a context to spin you into whatever he wants you to be.

We are living in an era where lots information about you are turned into sets of searchable electronic data. These mass of data, no matter how detailed they are, promote a false belief that they can be used to know you accurately. This is not true and unfortunately, many of those in authority believe otherwise.

You can never be absolutely clean legally

Nowadays, laws and regulations are insanely complex. Legislation books run into thousands upon thousands of pages. Some of them even contradict each other. On top of that, for each legislation, there can be many ways to interpret it. There is no way anybody can understand all of it. Also, there is no way anybody can be absolutely faultless legally.

For example, do you know that in the United States at least, it is a felony to violate a website’s terms of service? How many of us have read all the terms of service of every website we use? Can you be absolutely sure that you have not any of them?

Technically, all of us are committing felonies all the time. So, what keeps us from going to jail? Common sense, goodwill and most importantly, privacy.

Privacy is our last line of defence against getting convicted. As Leo Laporte said in a Security Now! podcast (emphasis mine),

And one of the reasons they say, they explicitly say, the reason we save this data is so we could build a case against you should we want to go get you someday. So you just really have to trust them.

In other words, if the government knows everything about you, they can get you legally anytime they wish. You just have to trust they will do the right thing.